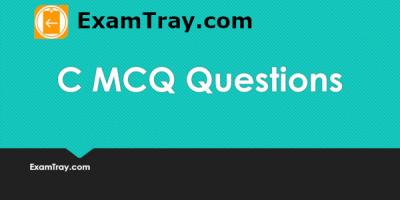 Go through C Theory Notes on Basics before studying questions.

C is a high level language. Another example is BASIC.

Examples are C and BASIC.

C is a procedural language. It is written in a number of steps using statements and functions. Logic is clearly depicted in the program. Procedural language is aslo called Imperative Language. Examples are COBAL, BASIC etc.

C was invented in Bell Laboratories in New Jersey.

B language is successor of BCPL ( Basic Combned Programming Language ). B language was invented by Ken Thomson.

15) A C program is a combination of.?
A) Statements
B) Functions
C) Variables
D) All of the above
Answer [=]
D